Pmx are one of the UK’s top melodic punk bands. Their debut album 'Rise and Shine' was released worldwide in 2006 followed by their E.P. ‘Dark Days’ in 2015. The band released the Live album ‘Clochridgestone’ in March of 2018 followed by their second full length ‘Ctrl Alt Del’ in 2020.

Past labels include Milk & Cookies Records Canada (MUTE, Hope), Allstar Recordings UK (Captain Everything, Skirtbox) and Bells On Records Japan (Belvedere, Atlas Losing Grip). As well as releases through these labels, Pmx have also appeared on compilations for labels such as Disconnect Disconnect Records and Melodic Punk Style. 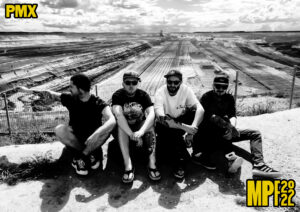